Going To The Moon In A Boat

Okay so instead of packing or cleaning or doing one of the million and one things that has to get done in the next 48 hours, I'm swooning over some delectable phone cases.

Well I stumbled across the most fabulous Etsy shop on Wanelo and I can't get enough of all the goodies!

Its called Moonboat and its gotta be the best eye candy for your phone ever. Seriously.

I'm going to order one tomorrow but I can't decide! Wanna help me out Lovelies and Dolls? 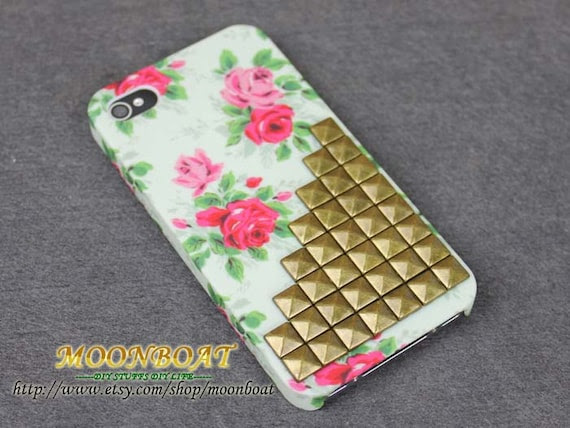 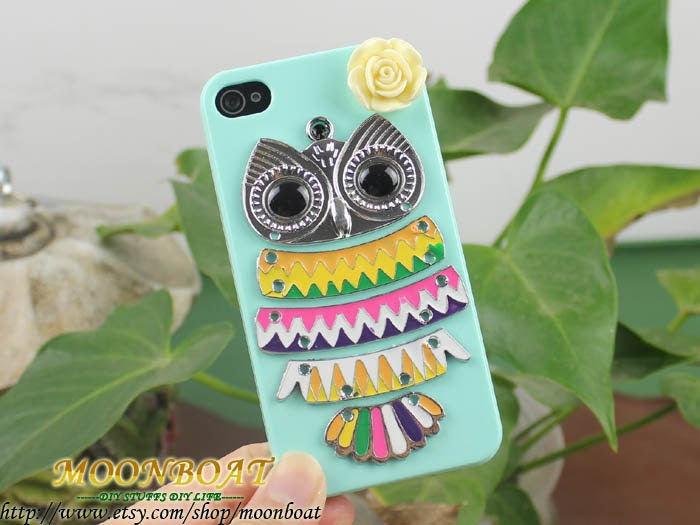 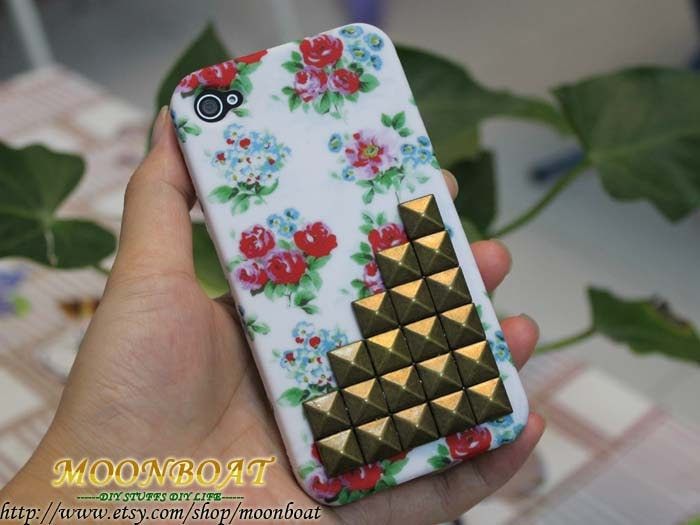 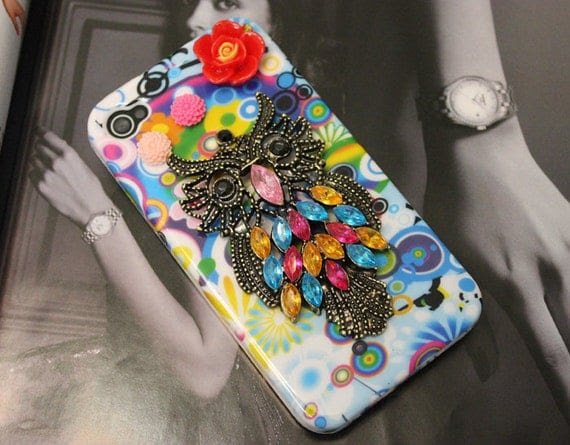 And don't even get me started on her necklaces!

Now which should I get?!

I wish I had time to update y'all on everything we have going on right now but I just don't have the time.

Lets just say that in less than a week we will be moved out of our house and in less than 30 days Mr. Superman will have received his honorable discharge and we will be on our way back to the West Coast!

Through my years of blogging I've gone back and forth on Permissions and Anonymous Settings. I started out public, went private, went public but never allowed comments, public with comments, blocked anonymous comments, and back to where I am now with fully public and anyone is allowed to comment but I do moderate them by email before they're published.

In the last couple of months there has been contact with people whom I had completely cut out of my life and honestly didn't even think they would be readers. It doesn't bug me that these people are reading my blog but it bugs the ever-livin' bajeezees outta me that they feel they have the right to comment and email horrendous comments ANONYMOUSLY.

I just changed my settings that will probably stay around permanently that anyone who wishes to comment HAS to have a registered email/OpenId.

If you have anything at all to say to me, do it like an adult. After all, its only fair I be given the chance to respond to you and address YOU and not some pathetic, pitiful, Anonymous ID.

Back soon my loves!

The One Where I Have No Shame

Remember when I told you about getting my wisdom teeth out?

Well despite me threatening his life if he did so, he recorded my aftermath.

And its epic.
And mortifying.
And HYSTERICAL!
Watch it.
No seriously.
Every second is like a bad car crash you can't look away from.

How many of you Lovelies and Dolls have had to get your wisdom teeth out? What was your experience like?

For me, the last 8 years my wisdom teeth have terrorized my poor mouth. They were all impacted and every few months would peek their heads above my gummies and cause me excruciating pain for a while then go underground again. The last 3 years have been full of Mr. Superman and my MIL trying to convince me to actually use my dental insurance and get those suckers removed.

Last week they reared their ugly, pain causing heads again so I bit the bullet and went in. When I say I bit the bullet I mean I realized that in 5 weeks insurance would be GONZO so it was now or never.

After asking some questions and getting the deets and info from fellow Milies, I hit up the MetLife website and located the one and only oral surgeon here in town that was accepting new patients which meant it was the only dude I could go to and called them up. I pulled the "I'm in pain card" on Monday afternoon, got an appointment for Tuesday afternoon and booked my surgery for Thursday afternoon.

Now, I have had a lot of surgeries. I have had a lot of doctors, exams, IV's, medical problems, etc. I have NEVER been even slightly nervous for anything medically related but I was absolutely TERRIFIED! I mean shaking, felt like I was going to puke, crying, anxiety attack, full blown panic and fear mode.

I got called in early and I was freaking out.

I got taken back and I was freaking out.

I got sat down and I was freaking out.

I saw a cute guy in scrubs and I was freaking out.

I finally met my surgeon and I was still freaking out.

It was happening so fast!

And I remember saying, "This is all happening way too fast!"

I told my doctor, "I don't mind needles but I need a '1, 2, 3' warning" but the next thing I knew I was being stabbed with a fatty needle, tasting something NASTY, and then I was in the car in the Walmart parking lot and then at home.

It was all such a huge blur and went super fast. Apparently, it took 20 minutes to yank all four of those buggers outta my mouth. Too bad recovery hasn't been that fast. I wish! I'm swollen and bruised and I just finally got to eat solid food yesterday which is a really long time for my my fatty self to not have some nomnoms. I never thought I'd be sick of ice cream and pudding and applesauce and mashed potatoes.

From the minute I woke up all I wanted was french fries and my mommy. Only one of those was within 2,000 miles and I'll give you two guesses which one.

If we're being honest I went downhill after halfway through day 2. Friday late night all the way until yesterday around 2 in the afternoon, worse than the four gaping stitched up bleeding holes in my mouth, worse than my swelling, worse than my bruising, my head felt like it was going to explode. I mean I was on the verge of vomiting from that sucker!

Thank Heavens for my incredible Mr. Superman and for my bestie Sammy! Between the two of them, after they got done video taping me and laughing of course, they took good care of me. As tough as it was it could have been a million times worse and we're definitely blessed to have insurance that covered a large chunk of it. 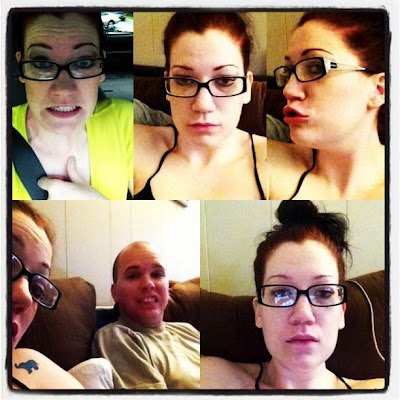 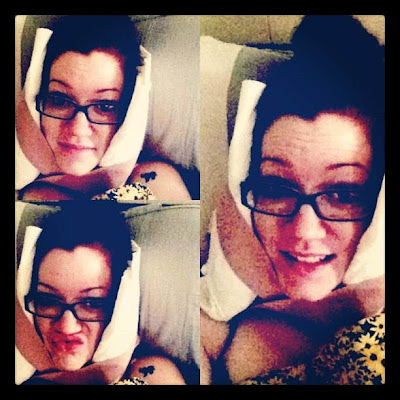 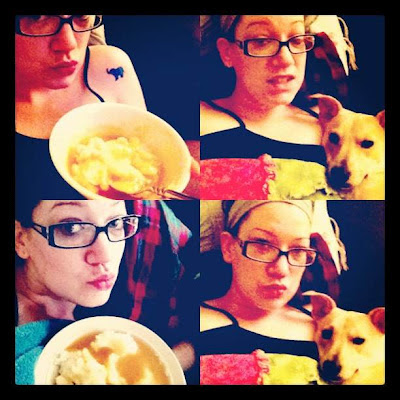 I'll spare y'all pictures from Sunday and today, I look like million dollar baby with bruises all over my face and a barely distinct line from where my jaw connects to my neck. Mr. Superman said it makes me look like I have a large gullet. Nice, huh?

So what were your weekends like?
Anything as fun as mine?!
Shared by Unknown 4 responses

Hey there Lovelies and Dolls!
I hope y'all are doing fabulous and fantastic. Me? I'm in between states of being and unsure of how I feel. My heart doesn't quite know where it is in the midst of... well, everything.

I thought when I started blogging again, sharing and opening up more, things would get easier. When I say that I mean that instead of harboring everything I feel and think on the inside and having it take its toll on me and everyone around me, I thought I was ready to open old wounds and pour the salt in them that is exploring and working through and eventually resolving and moving on.

There has been a sort of pattern with me and this blog of mine the last couple of years. Tough things happen, I close off, take a step back, time passes, I feel like I'm ready to share, and then the reception of what I just shared with other people leads me back to the belief that closing off and internalizing is the way to go.

Before my rape, I NEVER cared about what others thought about me or how others felt about me. In the 48 hours afterward I had been poked, prodded, scraped, examined, photographed, questioned, interrogated, accused, and every other mortifying, intrusive, demeaning thing you could possibly imagine by no less than 10 different people of which only 3 were female. I was forced to relive every terrible second of my attack 4 different times with four different people. Those 48 hours are in my opinion, without a doubt, the 48 hours that completely changed my mind, my heart, and how I myself down to the deepest depths react to human interaction whether it be face to face or via phone or internet conversations.

I got put on the defensive when accusations were thrown around that I was making it all up. Are you kidding me? My swollen and bruised throat, my arms, thighs, and chest were covered in cuts and huge hand print bruises yet I was making it all up? Then it was suggested that my husband was responsible. When that was first said aloud to me I wanted to recant EVERYTHING because I was absolutely terrified my husbands career was going to be ruined because of the blatantly ignorant beliefs of the people over my case. Since then I have tiptoed very lightly when it comes to opening up and sharing. It makes me sick with worry and anxiety but I get brave and I open the flood gates. I get an outpouring of support and encouragement and love from the vast majority but there are the few who feel the need to degrade me even further with their words full of hate and lies.

What am I supposed to do? Just a few years ago I wouldn't have batted an eye or thought twice about people being rude or hateful toward me. They were inconsequential and their words and opinions even less so. Now? I start to shake, my heart races, my throat closes, I feel vomit about to come up, my eyes cloud over with tears and then terror and hurt and just indescribable angst takes over and paralyzes me.

Its pure hell.
But its also my reality.
It feels like weakness.

Last week I told a friend that I can't stand that these people still have such complete control over me. That when I made the decision to stop hiding this terrible thing that happened to me and finally open up and be honest about it, that would be the first step to getting better and becoming free. Then I get  an email or a comment and it leaves me completely downtrodden and back at square one wishing I had never talked about it at all.


"You gain strength, courage and confidence by every experience in which you really stop to look fear in the face. You are able to say to yourself, 'I have lived through this horror. I can take the next thing that comes along.' You must do the thing you think you cannot do. "
~ Eleanor Roosevelt

I'm waiting for Eleanor's words to take immovable root in my heart and mind as truth. I don't know how to make it happen but there has to be an infinitesimal glimmer of hope deep inside of me somewhere otherwise I would have given up a long time ago.

S H E
• Wants nothing more than to be a mom to babies here on Earth • Feels the freest and happiest with her feet in the ocean • Dreams of becoming a published author • Adores thrifting, refinishing furniture and all things vintage and antique • Loves fiercely, speaks honestly, and lives freely • 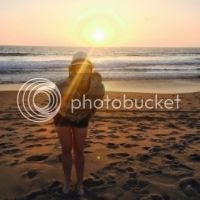 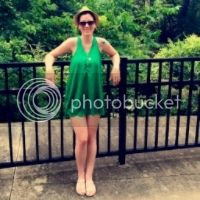 H E
• Loves traveling, good food, and great movies • A bona fide math genius with an insatiable appetite for learning • Lieutenant in the United States Air Force • Fighter Pilot in training • Anxiously waiting for the miracle that allows him to be a dad • Is an unstoppable force of strength, love, and positive energy • 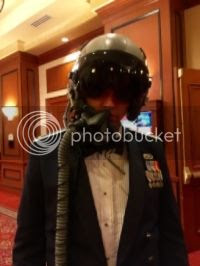 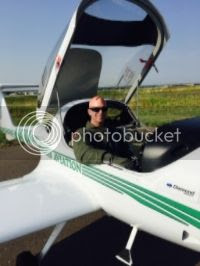 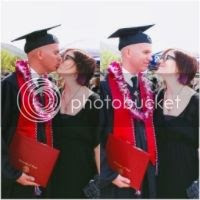 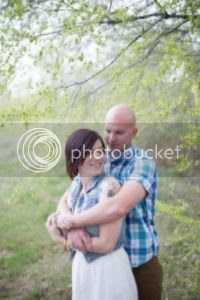 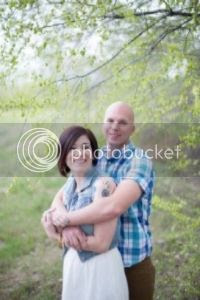 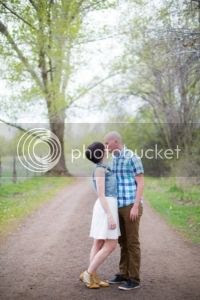 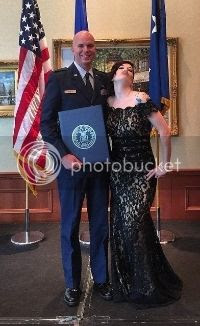 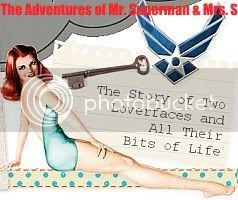 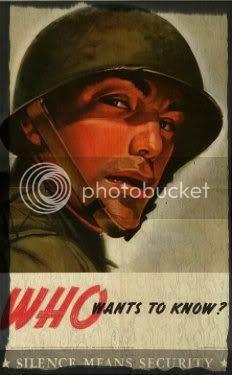 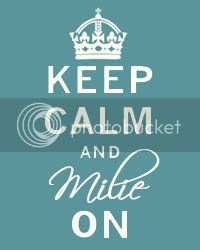 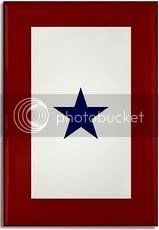 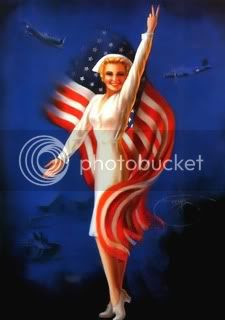 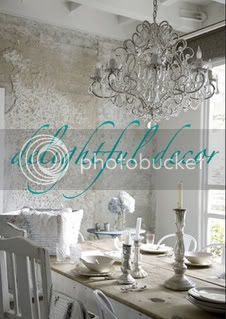